You are here: Home1 / Plastic Aprons

We are the top manufacturer of disposable plastic aprons in China. PE Aprons, CPE Aprons, PVC Aprons, EVA Aprons are all called plastic aprons. Those disposable aprons are used in nearly every place, cheap and easy to get, easy to use. EVA Aprons are not disposable, mainly used in fish market or industry, it is cheaper than PVC and TPU aprons, but also have very strong tensile and elongation, keep off water, oil, acidic, alkaline, blood and all the liquid, very soft. 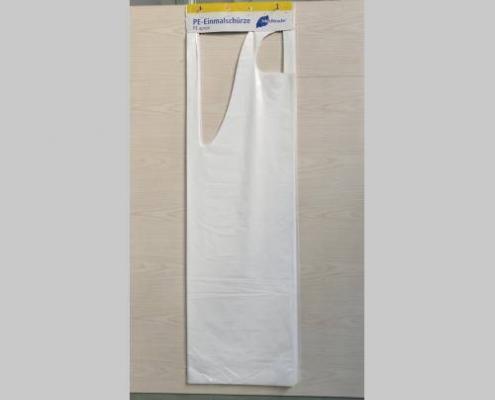 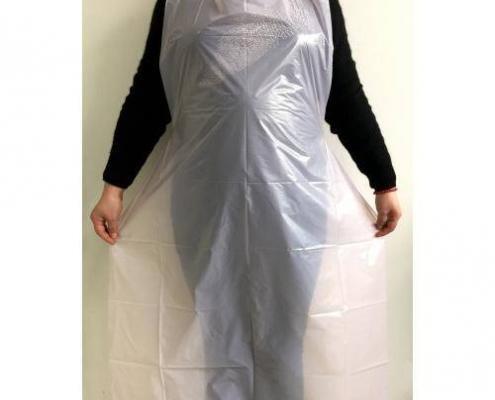 What is Plastic Aprons

Japanese customers purchased 70*120cm dimension’s aprons a lot, mainly 9.5 gram(10 gram) and 12 gram, and need to fold it into one by one for users better using.

Disposable CPE aprons and gowns are made by CPE film, also have different dimension and different thickness. They are mainly used in nursing care and hospitals, some food factories also use them, but not many, because it is made by hand recently, it is expensive, food factories mainly use aprons.

CPE Aprons are mainly exported to Japan, they use it in supermarket kitchen and food factory, it’s thicker and stronger than PE aprons, cheaper than PVC aprons and TPU or EVA aprons, can be used in a whole day, so it is very economical.

EVA aprons are made by EVA film, much more thicker than the aprons before. Nearly 150 micron thickness make it strong enough to do some work that TPU apron do, very smooth, liquid and dust will not stick on it, so it is liked by those customers who don’t want to use disposables.

The first step making plastic aprons is cutting the film by their length, according to the thickness, 25 pieces, 40 pieces, 50 pieces, 100 pieces or 200 pieces one time, then use put them on the punch machine bottom board, punch them by designed models, aprons are finished now, very easy.

We have more than 15 years manufacturing disposable plastic aprons experience, we are one of the first factory who produce this kind aprons. We have 23 CPE casting film machines and 18 Blowing Film machines, can produce aprons more than 1 million pieces per day. We are a professional plastic aprons manufacturer in China, the best disposable aprons wholesale supplier for you.

Sorry, no posts matched your criteria