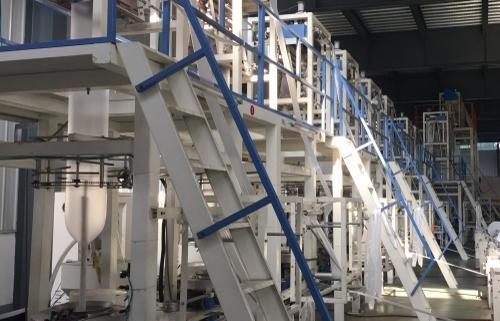 LLDPE, full name is Linear Low Density Polyethylene.
LLDPE, it is a copolymer of ethylene and a small amount of high-grade α-olefin, a catalyst that under high pressure or low pressure polymerization. The density is between 0.915 and 0.940 g/cc. However, according to ASTM D-1248-84, the density range from 0.926 to 0.940 g/cc is called MDPE. The new generation has expanded the density to plastic polymers (0.890 to 0.915 g/cc) and elastomers (<0.890 g/cc). But the American Plastics Industry Association (SPI) and the American Plastics Industry Council (APC) only extend the scope of LLDPE to plastic polymers, excluding elastomers. In the 1980s, Union Carbide and Dow Chemical referred to their early sales of plastomers and elastomers as very low density polyethylene (VLDPE) and ultra low density polyethylene (ULDPE) resins.
The normal LLDPE’s molecular structure is characterized by its linear main chain, with or without few long branched chains, but with some short branched chains. The crystallinity of polymers is higher without long branched chains.
LLDPE products are non-toxic,odorless,looked like milky white particles. Compared with LDPE, it has higher strength, better toughness, stronger rigidity, better hot and cold resistance,it also has good environmental stress cracking resistance,tear resistance,acid,alkali and organic solvent resistance.
Because the melting point of LLDPE is higher than H P-LDPE, the model products of LLDPE can be demoulded at a higher temperature, fast and clean. Because the melting point range of LLDPE is narrower than that of H P-LDPE, the film of LLDPE has better sealing performance and higher thermal bonding strength.The main application fields of LLDPE are agricultural film, packaging film, wires and cables, pipes, coated products, etc.It is mainly used in produing film because of its high tensile strength, good puncture resistance and tear resistance. World LLDPE consumption in 2005 was 16.17 million tons, up 6.4% year on year. In the consumption structure, film products are still the largest proportion, with consumption of 11.9 million tons, accounting for 73.6% of the total consumption.
https://www.cpetpeglove.com/wp-content/uploads/2019/04/LLDPE-BLOWING-MACHINE.jpg 500 500 cpetpeglove https://www.cpetpeglove.com/wp-content/uploads/2019/04/logo.png cpetpeglove2019-04-14 07:46:462021-06-06 02:30:39LLDPE Material, Most Important Material in Poly Gloves 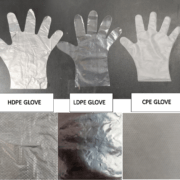 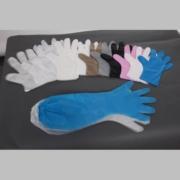 LDPE and HDPE Material and Films Used for Poly Gloves