You are here: Home1 / How to increase the friction of TPE glove to make it more grip

Friction is useful in our daily life, walk, run, ride a bicycle, drive a car, and all action of our hands need friction to catch things. The friction force depends on the positive pressure and friction factor of the thing surface.

The formula is very easy to remember and learn, f is the friction, Fn  is the positive pressure.

How the glove friction performance?

When you wear gloves to touch things, you will feel stick or smooth of the film surface, it is the most important for the glove friction, but the size and model are also very important. From your hand to things, the glove has two surface, one is inside and one is outside.

Film inside: inside film need to wrap finger and skin, so it can be not stick enough, but will be bigger factor when it is embossed.

Film outside: this side will directly touch things’ surface, so it’s most important. So maybe some embossing on it will be better.

Material: Some materials are sticky, some are slippery. So when you choose the material to make film for disposable gloves, you’d better to read the material’s specification to find whether it has slip additive. Some material has better crystalline will more slippery because the surface don’t have branches.

Embossing: Different embossing can have different expression, some special embossing also can make film more sticky, some can make it feel smooth and white.

How to improve the glove friction

When people want to catch things, mostly they want gloves more sticky that they can easily work. If they wear gloves to use tools, sticky gloves will be helpful for better work.

We have many method to improve gloves’ friction towards the 4 directions.

First of all, material is the most important factor. The material molecular structure decide how it perform on the film surface, less crystallinity will be better for friction, irregularity structure will increase the surface roughness, it will be helpful for friction factor. And thermoplastic elastomer will be good for the friction.

Emboss is also very important, if the material is so sticky, but you use the smooth embossing, the friction will be very small. When we choose the emboss, we need to choose the deeper type and bigger type.

The embossing depth is also very important, we need it not so deep after embossed, why need to do so? Because when it embossed, less pressure will make the gloves feel sticky and make the contact surface bigger, these factor will increase the friction.

No Additive at all, also we need to choose the material that don’t contain any slip additive and filler additive, these things will make the gloves very slippery.

How to make the gloves more slippery

Increase the pressure on the embossing step will make film more slippery because of better crystallinity. 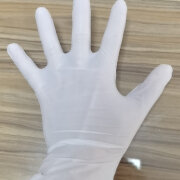 What is Disposable TPE GLOVES 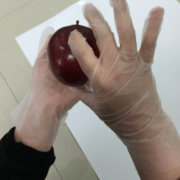 Why we normal people should choose CPE or TPE gloves 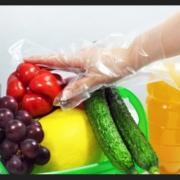 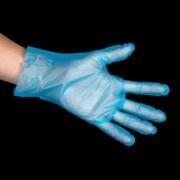 How to choose Food Industry Gloves

Why more and more people choose TPE and CPE gloves 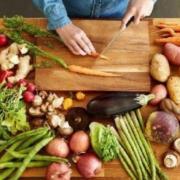 Why we should use food contact gloves and how to choose 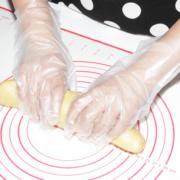 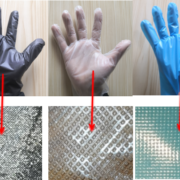